CO₂ neutrality of your professional protective clothing is one step further towards a sustainable planet. This initiative fully complies with the request of the United Nations as formulated in SDG 13.

Sioen apparel, producer of professional protective clothing rolls out an energy improvement program that eventually will lead to complete carbon neutrality. Staring with the HQ and with the Rumanian production plant, the plan has two distinct ambitions. The first is to reduce our climate impact substantially. The second is to compensate all remaining emissions in cooperation with CO₂Logic/ Climate Partner/Carbon Footprint, accredited and famous solution provider in climate protection for companies.

What is Carbon neutrality

It goes without saying that reducing our CO₂ emissions is our first and foremost priority. For that purpose, we’ve set out an energy strategy with explicit engagement from the CEO and a clear governance structure. It shows our commitment to make energy strategy central and integral part of our daily operations.

A team maps out energy status across the entire company, worldwide and has a clear understanding of the firm’s energy impacts. The action plan that derives from that covers a broad area of actions from tracking, reducing, recuperating to producing renewable energy ourselves.

We can bow on lots of cross company expertise and a huge fund of skills to improve CO₂ emissions in the Sioen apparel division. The CO₂ footprint of producing Sioen professional protective garments is systematically collected. We’re using the DIN ISO 50001 Energy Management Standard as a guideline among others.

At Sioen apparel, optimisations can still be made in the obvious compressor, lighting and in the installation of solar panels, something we have been doing on our major production plants. We’re experimenting with other alternative technologies such as capturing waste heat from electricity generation to use for heating and cooling. Also choosing sustainable transport, smart raw materials use and improve our packaging up to designing in another way altogether.

Although we absolutely cannot be considered as fashion, producing technical professional protective clothing is part of the same clothing industry. A report of Mckinsey of August 2020 shows that the clothing industry can make a sizeable contribution to climate change.

Contrary to many other brands in the (professional) protective clothing industry, Sioen masters the entire value chain in house, which means that we produce yarns, make fabrics, manufacture the garments and market, sell and distribute them, all in our own factories and plants.

When comparing Carbon footprints and CO₂-neutrality, one should take this into account. A brand bragging about CO₂-neutrality but only having an office (that only needs heating and the power use for computers and small appliances) and outsourcing anything else cannot be compared with companies that are vertically integrated or that disclose their footprint taking into account all up- and downstream operations of their third party suppliers.

As market leader in the field of professional protective clothing, Sioen apparel is fully aware of its responsibility. Sioen Apparel has set itself some ambitious goals for the coming years and wants to be entirely carbon-neutral by 2025. In 2021, we start with offsetting our Headquarters in Ardooie and our production site in Rumania where we make life jackets, firefighters suits and garments for major public offerings.

It is our firm belief that climate neutrality measures should not only cover the period that ranges from the raw material to the product leaving the factory, but the total lifespan of the product. We are also interested in what happens during the use of the garment (cleaning and repair) and what’s happening when the garment becomes end-of-life.

Therefore, we’re active in many fields, collaborating with governments, research institutions, professional associations and colleagues in process-related and product-related research work on textile technologies and recycling processes for both raw materials and end-of-life garments.

The CO₂ neutrality of the Apparel division is the second major pilot project of the Sioen Industries Group after Dimension Polyant set sail towards climate neutrality beginning 2021.

Interested to set up a partnerships to empower CO₂ neutrality? 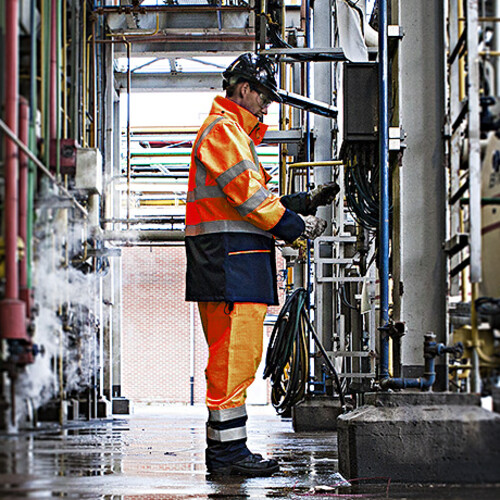 Six “Design For” guidelines as rules of thumb for designing and producing durable Sioen garments. Your guarantee for sustainability all the way.
Read more 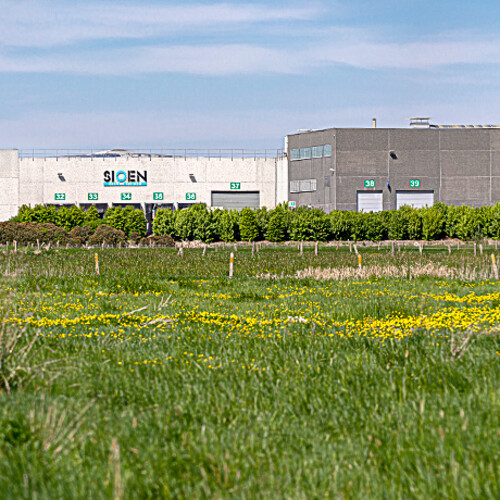 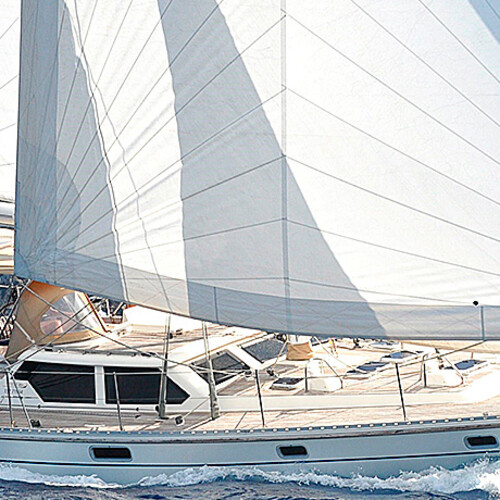